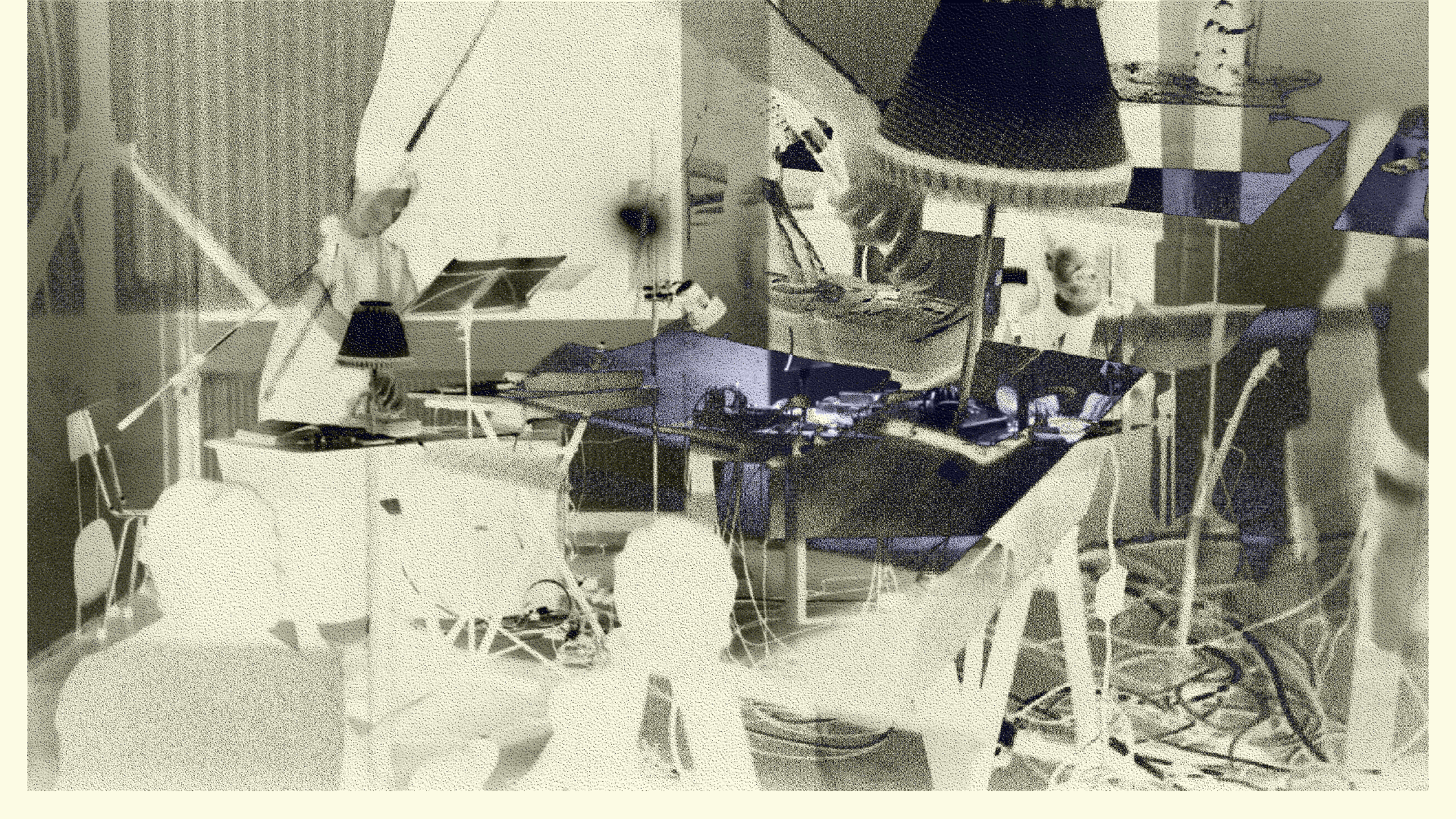 We narrate fragments of Finnegans Wake, accompanied by electro acoustic music, guitar, violin, banjo, sample loops, patterns, iterations and vocals.
The computer code behind the setup enables us to control and sample on-the-fly, yet also delivers unexpected artifacts, sounds and structures.
This leads to a performance which is more an open network of possibilities, associations and interpretations, that works as an analogy to the book.

Language is a character in Finnegans Wake. The book takes the form of a dream, and is written in a dream language, breaking the rules of grammar and spelling, in a prose mixed with musical forms constructed with onomatopoeic qualities. Besides the strong musical aspect of the language, the visual aspect of the text is also vital to the story.

Finnegans Wake is often seen as the most difficult work in literature. If you look beyond, you discover the rich imagination of a person with a highly idiosyncratic vision of the world. Joyce opposed violence, he tried to pierce the dogmatic binary gender roles and he was very critical of religion. These were progressive ideas for the strict Catholic Ireland of the early twentieth century, but also for the time in which we live now. The infinite imagination and elegant, socially engaged thoughts make Finnegans Wake unique and urgent reading.